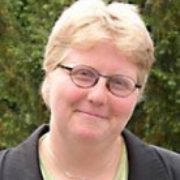 As an outsider to the industry, I find the structures and development of the industry fascinating. In the core of this industry is intellectual property, and in many ways there are parallels to familiar industries as books, music, movies, etc. I will assume SAZ was established as a counter point to the large publisher’s power in dictating the terms for publishing agreements. So, Andrea, what was the rationale for establishing SAZ?

You are basically right. In the late 80s, designers like Alex Randolph, Hajo Bücken and Wolfgang Kramer felt that they

needed to put their forces together in order to be considered partners by publishers and not people who should mainly be thankful to be published and not ask for more. However, SAZ itself was not founded until 1991, because there were some designers who did not want to "unionize" with their competitors. Among the founding members of SAZ were the three named above as well as Dirk Hanneforth, Max Kobbert, Johann Rüttinger, Karl-Heinz Schmiel, Klaus Teuber, and Detlev Wendt. The first questions to deal with were to have publishers put designers’ names on the box and to have fair royalties and contracts. Today, SAZ still concentrates on the dialogue with the publishers so as to improve our working conditions. However, we also started increasing our PR work and networking among each other – in Germany and worldwide.

Not to make this a political interview, I still have to say; hats off! I think establishing a "union" is a good way of at least securing a foundation to discuss from. The point is more to secure everybody a fair treatment, than tearing the few who has managed on their own, down. How was SAZ received by the publishers? And do they have a similar organization?

In the beginning, some publishers were critical. By now, most publishers are interested in cooperating with SAZ, and in exchanging views on trends in our branch. The bigger German publishers are organized in the "Fachgruppe Spiel".

Since you mention it, what seems to be the trends to look out for in the near future? I just read an article in Digital Trends that amongst 1000 respondents, board games are still the most awarding of "gaming platforms". Online gaming coming in at second.

From the German perspective, there is definitely a trend of internationalization. The funny thing is that many of the games from abroad being presented in Essen try to meet the standards of German gamer’s games, which from the market point of view is a very small niche. Take "Caylus", for example. It has been well composed and the mechanisms work smoothly with each other. There is a little innovation there because of the baillif rule, letting you speed up or slow down the game. I suppose something like this will eventually occur in one or the other game coming up.

Other than that, there is a trend for integrating more technology – hopefully supporting the games and not destroying them. Due to the development costs, this is something only bigger companies can afford. There is (and always has been) a trend to reduce rules or find better ways of minimizing the obstacle they are to many wanna-be gamers. What else? Personally, I hope for a trend of intelligent party games, of games that combine "uncombinable" elements elegantly … but I guess if nobody does it this might be the niche I can publish in 🙂

As a "geek" the internationalization is a good thing, since we are getting exposed to more games, and it is also a good thing that publishers and designers from other territories are making an impact. It looks like both France and Italy is rising to the occasion, with titles like Caylus and Planet Rouge. Does SAZ have many non-german members?
Your comment on "gamer’s games" are also interesting. As foreigners we are rarely exposed to the mainstream titles of Germany, but I think the SdJ have done a good thing by including children’s games. The really cool thing there seems to be that they are holding on to quality in the same manner as the "real" award. I mean, there’s even a focus on the designers there as well! Are these designers also members?

Of our 425 SAZ-members 105 do not come from Germany. 22 of them are from the US, 16 each from Italy and Switzerland and 12 from Austria. All in all, we have members from 19 countries. We have a few members in Sweden and Finland, but none in Norway.

This year, 100% of the designers of games nominated for SdJ and 80% of those nominated for children’s SdJ are members of SAZ. We are working on that 🙂

In general, most of the well-known designers are members. Right now, about 46% of all members published at least one game, 28% published at least three games. Being a member of SAZ does not mean that one day it’s your turn to be nominated, but it helps you through the chances of networking and exchange SAZ offers. By the way, roughly 14% of SAZ members are women.

Is it the typical trivia and party games that represent the major market in Germany as well? To what extent are they translated or developed locally? I will assume that Hasbro has a strong position in Germany as well, especially with titles like Trivial Pursuit.

The major market in Germany is indeed mainly served by Hasbro and Ravensburger, although companies like Queen are catching up due to price policy. Amigo has a strong stand in the card game sector. Schmidt has some very well-selling titles as well, such as Ligretto. If a company publishes an expansion (Settlers, Carcassonne, Alhambra), you know that the basic game sold (and sells) well.

In Germany, the majority of games are sold in non-branch-chainstores (like supermarkets, drugstores etc.), at places like Toys R Us and at big department stores. Only few games (as of the total) are sold in special game stores.

Hasbro usually gets game concepts from agents. Some designers have direct contact with Hasbro editors in the UK or the US (there are no editors in Germany). I cannot say to what extent Hasbro games in the German market have been developed in Germany, but I’d say that maybe 10-20 game designers in Germany are in direct contact with Hasbro or have an established connection to them through an agent.

Ok, Andrea, to get back to your own organization. Why should a game designer from Norway become a member of SAZ?

The main reason is to be part of the international network of game designers. Through the SAZ news – our internal newsletter published every two months or so he gets to know about the latest developments, he gets to know other designers and can contact them. Plus, if he needs advice he can turn to volunteers helping with contract questions. What is more, he can engage himself, and help others. Finally, there are some very good internal publications he will only be able to get by becoming a member.

That sounds like a really good organization to get involved in if you are a young aspiring game designer. Let’s hope you soon see some Norwegian members. Thank you so much for your time and insights, Andrea. And good luck on your new projects!