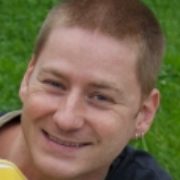 Hi, Dirk, thanks for taking the time for this interview. How did the HiG/Klaus-Jürgen Wrede success get started? Are there still plans for further exploitation of the game? New territories? New expansions? Platform versions? 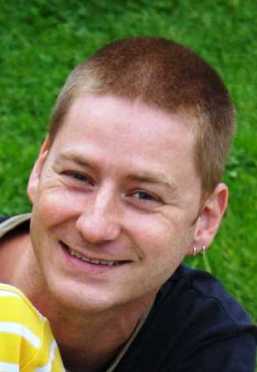 In the year 2000 Klaus-Jürgen Wrede sent us sheets for 3 games: Carcassonne, Baal and a little card game. We looked at all 3 games and tested them. Baal was a longer and more complex game and Klaus-Jürgen thought, that only that game would be interesting for us. But we saw some problems in Baal and decided to send this back. This game was published by Phalanx Games under the name Mesopotamien last year. The card game was interesting, but a bit too easy for our program. So we also decided to send it back. It was published some years ago under the title Die Fugger at Adlung Spiele. So we tested Carcassonne and liked it. We saw some problems with the direct fight of the players and eliminated that. Additional we invented the cloister and changed the rule, that you get your figures back after a score. Then we tested several little things, but we were ready with the game very quickly. Then we decided to publish the game in Essen 2000. The first player who said, that this could be really successful game was Andreas Seyfarth, inventor of Puerto Rico, Manhattan and Thurn und Taxis. And he was right …

Since so many people still like Carcassonne and play it very much, we plan a 5th expansion this year. We still test some little things, but everything looks very good. Another thing, which will start soon, is the very nice Xbox360-version, made by SierraGames. It will start this summer on Xbox-Live and I think people will like it.

Good to hear there are still new plans for one of the most successful games in later years. Carcassonne has even made some impact in Norway, although not dominating the market yet 🙂 But to what I understand from the distributor, the sales are steady, and the Norwegian main market has not adopted the eurogames fully yet. Anyway, you have triumphed with Carcassonne, but you had won the Spiel des Jahres a couple of times before. Why do you think Carcassonne has become such a huge international hit, compared to the others?

We think that Carcassonne has several advantages, and the sum of this package makes it very successful.

The rules are easy, but it is not simple to play. You can play it relaxed or you can play it hard. You will see that, if you can join the championships in Essen or if you play online. Another very important aspect is the puzzle-factor. Many people like puzzles, and you have a similar feeling in the game, but the puzzle in every game is different. Sure, the low price is also important for the success and that the material is the same in all countries. So people can throw the materials on their table and start to play. What I think is perhaps the most important thing is that especially women like the game. That was also the case for Settlers of Catan. This is a huge advantage, because women – or better – mothers often buy the games for their families. And what finally is a good thing, that you can play Carcassonne very good with 2 players. We believe that around 50% percent of all games are played with 2 players.

A lot of people out there really enjoy Carcassonne, so hopefully you will be able to give them even more stimulating

expansions. But, I find your comment on half of all games is only played by two interesting. With that in mind it surprises me that you have not released more specific games for this market. A lot of your games may be played with only 2 players, as you mention about Carcassonne, but is it not better to tailor such games? Although lots of multiplayer games work with only two, the best ones are generally designed for two. That is at least my personal opinion (Lost cities, Settlers, Fjords, Kahuna). Both Kosmos and Ravensburger have, or have tried, to have series of two player games. And Queen has recently released several titles. Are there plans for such a series for HiG?

Hans im Glück works a bit different than other publishers. We are still a 3-men company and our most important advantage is that we test our new games a lot of times before they are published. And that’s also the reason, why we don’t plan series of games, but we make the games we think that are good enough to publish them. If we would start a 2-players series next year, we would have to make a new game of this kind every year. And since we don’t get a good 2-player game every year, we would have a problem with this. So we think it is better for us to concentrate on good games and not look at what the latest trend is. Additional we work often more than 2 years on a game and we don’t know when the game is really ready. That’s also a problem for making series.

I believe Hans im Glück is one of the highest regarded publishers by gamers when it comes to quality games. For the time being you have 8 titles among the top 50 rated games on BGG (Euphrat & Tigirs, El Grande, Die Macher, Goa, Samurai, Modern Art, Amun-re and Carcassonne). How would you consider the sales of these titles in regard to rankings? Is there a correlation? Does it help to get the titles into new markets?

Our experience is that rankings like in BGG have only small influence on sales. But for this question perhaps our partner

Rio Grande Games is the better address. Here in Germany the only real influence on great sales is the Spiel des Jahres. Sometimes a nomination for Spiel des Jahres or a Deutscher Spielepreis has little influence, but this is most time only a little amount. On the other hand it is very important for us, that we have a lot of games, which people like very much. So these games in the ranking help for our good image and are sometimes more important than good sales.

Having an image that is predominantly related to quality games, isn’t a bad thing 😉 and we have several gamers in our group that are always looking forward to the next HiG release. And this year Norwegians should be more than satisfied, since you will be releasing Oregon by Åse and Henrik Berg. How did that come about? And what were the first signals, assuming you did some playtesting?

I think we received Oregon in 2006, but I can’t remember at which date. We played it and liked the system of coordinates, but it was a bit too difficult. So we made this easier. Like with all games we make we saw a good potential for that game and we saw, that all testers like the mechanism. Bernd tried a lot of new ideas and variants with the game and I think we chose the best now. We look forward to see, what the players in Essen will say.

Your other release this year Mhing Dynasty is by Robert Watson, and how did that come about? I know Robert had worked on the game for quite some time. And, to what I understand, it is quite a bit more complex than Oregon.

We tested Ming-Dynastie several years ago and know, that it was at several publishers. Our most important tester Dieter Hornung tested it a lot and changed some things. Around 3 years ago we thought about making it, but decided then not to do it, because the material was too expensive for production. Then it was at alea and Queen Games, but no publisher decided to bring it on the market. We tried the game again at beginning of this year, changed some little things and then we decided to do it in Essen. We liked the game the whole time are now happy, that it will be ready for the Essen Fair.

Robert Watson told me one of the changes he worked on from the original version was removing Mongols from the game. Were there any other major changes? And how do you feel about the other Chinese themed titles released in Essen (Year of the Dragon and Chang Cheng)?

I must admit, that I don’t know, what we changed in the last years on Ming-Dynastie. The basic mechanism was

never changed. I think there were more some minor changes in things like amounts of cards. Perhaps our main tester Dieter Hornung – a good friend of Robert Watson – can tell you more, because this game was all the time his project.
I couldn’t play the other 2 Chinese titles yet. But I don’t think, it is a problem to have some more Chinese titles at a time.

Ok, Dirk. But another very interesting title you released this year is Vikings. How did that come about?

We received this game from Michael Kiesling around 3 years ago exactly with this title and theme. We liked the idea of buying the tiles and figures by the wheel and changed then a lot of things in the game. I think we tested around 2 years and had around 50 different versions. Then we came to a point, where we said, that the game is not good enough to publish it. Then Michael Kiesling went back to the roots and began testing the game in a variant, which was a mixture of his original version and some of our ideas. We both liked this version and then released the game in Nürnberg 2007.

It seems you work on prototypes for quite a long time. 2-3 or more years in developing must be frustrating for the designers 😉 But, hopefully you have the games for Nürnberg 2008 in place. I would like to thank you for you time and insights and wish you good luck for next year!