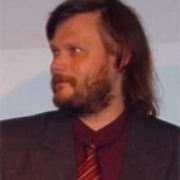 Congratulations with the nominations of both Metro and Alhambra for the BSG-award this year! To get some info on your back ground I guess the readers would like to know who you are and your background regarding games. Would you fill us in, Dirk?

So, let’s begin with the start. I was born in 1960, in the area of Koblenz. When I was a kid, we played games very much in the family. Even the adults played, so I understood that playing games is nothing you only do in favour of the kids, but to have fun with one another..

In 1979, I came to Aachen where I started to study mathematics and computer science. I came to know some friends who liked to play games, too, and so I came to know more and more games. And sometimes I had some ideas for game mechanics.

Then, in the late 80s, my girlfriend (now my wife) and I started to make prototypes, and I started to try to have some of my ideas published. That was not very successful in the beginning, and so some people asked us at a game meeting, if we could sell them such a prototype, just as they were, because they really liked the games and wanted to have them for themselves. That was the beginning of our company with handmade games.

They were shown around on other games meetings, and we sold them like that. One day, when we had made several games in that manner, we got a call from Queen Games, that they are interested in one of our games. In our version it was called Premiere, they made our first common project as Showmanager. That was the beginning with Queen Games, and the rest of the story is known, in the meantime we published several games together.

Well, how many games did you and your lovely wife publish before you made the setup with Queen Games? I’ve only seen a couple of them, and they are so charming. Still awaiting the right occasion to try Eketorp.

Premiere was our 7th db game. Before that we had for example Al Capone in our program (published 1992), which was the base idea and preceding game for Alhambra. That, together with Carat (which has been republished in Germany as "The Gardens of Alhambra" last year) has been the second Queen projects.

We are still running our games, if we find the time to do it, because that costs a lot of time producing them in that way, with all the things, box inclusive, handmade. And nowadays time is running short. A week does not have as much time as in former days, I think.

Wow, you still try to keep the ”in-house-production” of you older titles running. Impressive.

But only with low-energy, that means just when we have some time left…

Although your history with Queen Games might be well known in Europe, I doubt you’re a household name in Scandinavia. So please, tell us more.

Of course. Probably Scandinavia feels so familiar to us, because we spend most of our holidays up in the north. And I always thought, it would be a dream to come in a Norden’s game shop and see an own game standing in the shelves!

But for your question. The going-on with Queen Games. Showmanager was nominated for Spiel des Jahres, (which is, for those who are not so sure about the games scene, for worldwide games branch the same as the Oscar for the worldwide film branch, at least for economical reasons the most valuable games prize).

The thing went on with Carat and Stimmt so! in 1998, they were not such successes for several reasons, (graphics, faults in material…).

In 2000 Metro, which was nominated for Spiel des Jahres, too.

In autumn 2001 there was a re-issue of Showmanager (Atlantic Star, nominated, too)

In 2002 they published Wallenstein, and in 2003 we decided to give "Stimmt so " with developed mechanic, a new theme and graphics a second chance. We thought it deserved it, and so did many other people, among others the ladies and gentlemen from the Jury Spiel des Jahres, and they awarded the now so-called "Alhambra" the title.

In the following year there were the first two expansion sets for Alhambra (which I created together with my friend Wolfgang Panning), and as a stand-alone game in the world of Alhambra, a republishing of Carat. Expansion #3 came out this spring, and there will be another one next spring.

And in Essen there was "Timbuktu" published, as you might have seen on our stand.

What is your situation now with Queen? Are you employed by them or are you “selling” your ideas to whoever may be interested? I hope the situation with the recent successes have put you in position where you are able to focus more on developing new games than spreading yourself on several different jobs.

We are not employed at Queen Games. It only became a good friendship, but when somebody else comes and asks us, can we publish this or that game, that`s of course possible. In 1999 we published Rosenkönig at Kosmos, for example. Because of our own publishing, everyone is supposed to know our games, and will ask us, if he is interested. We don’t walk around with our games and ask every product manager, if he wants to publish one. That might be the case one day, when we have a new prototype which is not possible to publish ourselves.

But concentrating on developing new games? Rather too little time, unfortunately. Too much work with Alhambra expansions, new old things as Timbuktu and so on. But let’s hope for the best. On the other hand, it’s of course the chance to get some money for our old age pension…

As I told you at the stand in Essen, this the first year ever for national board game award in Norway. All gamers know of SdJ, naturally, but to the general public it is not widely known up here. We have tried to build on the ideas of SdJ for our award, but with some obvious alternations. How does the SdJ work? And how important do you think awards are?

There is a group of games journalists, who play all the games that are published, at home with their groups. Then they communicate, with games one or the other like, or don’t like, and send around lists, which games might be interesting. So at a point in April /May they know (at least nearly) all new games, that might be interesting. Then they meet and at the end of the meeting they publish the five nominated games, and a list of some further interesting games. Then, sometime in the end of June they meet again in Berlin, and do the final election. This choice is published on a press conference in a hotel in Berlin.

For economic reasons, Spiel des Jahres is very important in Germany. Normally a game is regarded as good-selling, when it sells 3000 or 5000 copies the first year. A Spiel des Jahres is running bad when its sells 200.000 copies. On the other hand, it is of course very nice to get awards, but the games stays as good as before the award. There are so many good games that are not receiving awards…

The next question you probably will not like, but we need to get some understanding of it. Maybe especially these days, when the Americans have started to state that they are getting tired of the mechanic-driven Euro games.

For that subject you can do a whole book of philosophies.  I don’t think you can put all Euro games in a pot and describe them as mechanics-driven. There are, in my opinion, great differences between the several authors. The funny thing is, that the Americans always seize the most mechanical games for their favourites. So it’s understandable, perhaps.

On the other hand, I think the European market is developing very good. When I compare to former years how many French, Italian, Dutch, Spanish (and others I could not identify) I heard on the fair, as well in Essen as in Nuremberg, the great toy fair for traders, that’s growing very much and very fast. And the companies are beginning to do international issues, for example at Queen Games most games now are available in two international issues, and many people were happy with that in Essen.

Do you tend to find a mechanic that is interesting and afterwards coming up with a theme? Or do you have a theme and then trying to develop a mechanic for it?

Depends. Some of my games have the mechanics first, and we do very much work on getting a really fitting theme, so that the playing atmosphere is fitting to the game. But there are also some where I first had the atmosphere and the setting by reading a book, for example.

I am on your side regarding the American criticism of the ”Eurogames”, which I believe has more to do with the old school Avalon Hill gamers missing their games. But, I actually like the term “Eurogames”, mostly because it defines that we (Europeans) actually can produce something to compete with the American culture. And I also think there actually is a common tread to most European games – pure mechanics and less direct conflict.

What concerns less conflict, I agree very much, but I think this comes from the different way of playing games -The European way is more family-based, the American way perhaps comes from wild-west poker rounds, men in dark pubs, and of students, who have the time to play a single game for two days. So their culture has much developed towards war games and things in this direction. And at least for me it is hard to imagine a grandma playing a war game with her 10 year old grandchild…..

There is and hopefully will continue to be a good variety. On the other hand there is some truth to their argument of loosely themed games from Europe… For your two nominees for this year’s BSG-award this is less of a discussion, which game are you most proud of, and why?

I’m rarely proud of any game – I always think it might have been better some way… But, I love the feeling that so many people all over the world do enjoy the games, not alone in Europe. Nice to imagine that somewhere in Oslo, Prag, New York and Tokyo there are people sitting around a table and enjoying an idea I had some time ago…

Okay, Dirk. I think that is about all we have time for. But I as a last minute thing: Congratulations on winning the first ever BSG award in the Family category with Alhambra.

I was very pleased with that. Thank you very much, and I wish all of you fine Christmas days, and a good year 2006.