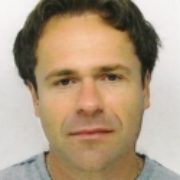 First of all; Congratulations on winning the Årets Familiespill (Family game of the Year) here in Norway for 2008!

You got your first game released in 1998, called Go wild!, but got your first break with Moderne Zeiten in 2002. Why do you think this game made such success?

I don’t agree that Moderne Zeiten was my break. Very few games were sold. Moderne Zeiten is a great game – one of my best – but did not reach many people. The break actually came with Ubongo, which was first published in Sweden (by Kärnan) and the name of the game was Pyramidens Portar. It won the title "Årets familjespel 2003" in Sweden. The same year alga published my game Speculation which won the title "Årets vuxenspel 2003" in Sweden.

I understand what you mean, but I was thinking more in the line of getting a game published at all and even by a German publisher, must have been satisfying… And to what I know Moderne Zeiten is still in production, so it must have reached some sort of success 🙂 But since you mention it; Ubongo seems to have reached a wide audience. How did this idea come about? 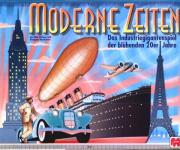 I don’t know how other designers work when creating games, but probably something trigger an idea and they develop a game. I don’t work like this. In most cases nothing trigger an idea. I work as follows: When I have gotten up in the morning I may say to myself my next project will be developing for example a nice dice game with cards. And then I work with this until I finish the game or give up. For me it works very well. It was a little different with Ubongo, but not much. One day I visited my aunt and she was laying a jigsaw puzzle. I thought: so boring, no action at all. (It is my opinion – most people like jigsaw puzzles very much, I know). The next morning when I woke up, I thought about jigsaw puzzles. Then I thought my next project will be a puzzle game. That game took me 5 years to develop. Ubongo is the third version of my first puzzle game, which nobody wanted to publish. The second version of my puzzle game was not good enough and nobody wanted to publish it. The third version of my puzzle game – Ubongo as it is today – is very good.

You must have been happy with the Swedish award?

Yes I was very happy.

Which again I suspect helped you get the game released by Kosmos? 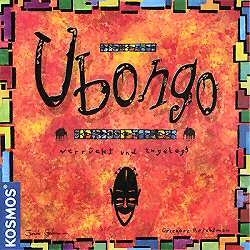 I don’t think so. When you show a game for Kosmos they playtest the game, if they like it they publish it – of course it must fit their program for that year too.
The only influence the award has on the people of Kosmos is maybe that it is easier to convince them to playtest the game.
Univeristy games Europe published the game before Kosmos. They published the game in Holland, Belgium and France. But they used a similar design as Kärnan. And it was not successful.
This year they have changed the design and use the same design as Kosmos.

Did you take any direct or personal contact with foreign publishers or did you leave that to Kärnan?

I showed the game – and the other two versions – to a lot of companies in Sweden, in Germany and some companies from USA which I had a meeting in Nurnberg. But nobody wanted to publish it.
Kärnan was the first company who wanted to publish the game. Unfortunately they made a very bad design – actually the design was very nice but not right for the game.

What do you think of the game being released this year in Norway? Which is Sweden’s closest neighbor – 5 years later.

I am of course happy? Even more happy now that it won the game of the year award.
The game has won this award in three nordic countries: Norway, Sweden and Finland.
The game has never been published in Denmark. So the game still can win that award too but even if it does not I am still proud of this game.

The closest neighbor in Germany, gamewise, is the game "Code Omega", which I also have invented. The game is published by Schmidt spiele. Code omega is different but you get the same feeling as in Ubongo when you play it.

I asked Kosmos if they wanted to publish Code Omega but they said no. They said they have Ubongo. Before I could license Code Omega to Schmidt I had to ask Kosmos if they agree me licensing the game to Schmidt.
If they would had said no than Code Omega would never had been published.

I meant what do you think of Ubongo using 5 years to cross the border from Sweden to Norway?

I am amazed that it took so long time. Maybe it shows that I am a really bad "salesman" and should spend more time selling my games and not only inventing games. But after all it is funny to invent games and very boring to find publishers and convince them to publish your game.

But, anyway, you got Code Omega released at Schmidt Spiele this year. What are the major differences compared to Ubongo?

The difference is that in Code Omega you have only 3 or 4 spaces (depending on difficulty level) where you can put your tile. And that you can more methodically solve the puzzle. In Ubongo a player is rewarded if he is good at "pattern recognition" and I don’t think it is the case in Code Omega. And of course all the tiles have the same shape – they are all rectangular and have the same size. The Code Omega 4-tile puzzles seems to be harder than the Ubongo 4-tile puzzles. Even if the games are siblings they are totally different and players are using different skills in the two games. I would say that you are solving Ubongo puzzles when you play Ubongo and you are solving a code when playing code omega.

But so far we have only talked about your puzzle games, but you have done a lot of other designs as well. Which games are you particularly satisfied with? And what is their themes/dynamics?

Kuddelmuddel. It is a children card game. In the game each player has 12 cards in their hands or if players chose in front of them. On each card there are 6 pictures. The aim of the game is to find the right card among the one you have in your hand as fast as possible. Which one to find is decided by mutual cards in the middle of the table and a die. Maybe it does not sound like a great game but children like it very much. It is my niece favorite game – and she has a lot of games. She will soon be 7 years old and this game she has played since she was 4 years.

I would say the game "Speculation" which is a Business auction game. A very light game for families. This game is nothing for gamers since it lack hard strategy. The game won the game of the year award in Sweden in 2003 in the category adult. (Sweden has three categories – children, family and adult).

Moderne Zeiten, which has been now re-published by Queen games under the name Batavia. There are some rule changes but basically it is the same game.

Batavia is a good game, but the other two I have yet to try. Do you have any new games lined up for 2009? For Norway I know the whole Ubongo-family; mini, extreme and duel.

This year there will be a new Ubongo, Ubongo Mini Extrem (Shown in Nürnberg). I will not have any new titles published this year.

Apart from the collaboration with Dan Glimne on Batavia/Moderne Zeiten, you seem to be working alone. Are there any designers you would like to co-design a game with or any you admire? If, so why?

I like to work alone. I actually don’t want to co-design games with others.

I think more people than you and I are impressed by the Good Doctor, but are there any games you may say you wished you had invented then?

Every time I see a new great game with great mechanics, I always think that was a clever game. Why did I not think of that?
I wish I invented some of the party games which are out there, for example Taboo. Scrabble is another game – even if I don’t like word games. Siedler von CATAN and Chess.

I think a lot of aspiring designers would have loved to come up with these games because of their financial upside. Is that the main reason you also mentioned these games?

When you asked me which game I would like to have invented, I did not think of the financial aspect. I just think these games are great game inventions. I can not rank these 4 games since they are so different.
These games are just perfect, in there own category.
When I was young I played a lot of Chess. I really enjoyed the game.
I don’t like scrabble – since I don’t like word games. But it is a very nice game invention.
Taboo is pure fun.
Siedler is Siedler.

I understand what you are saying about the mentioned games, but do you have any personal favorites you like to play?

Actually, I have no favorites at the moment, if you do not count my new Ubongo game, Ubongo 3-D. It is the king of all my Ubongo games.
I really like the quality of the game especially the tiles. (In case you are not familiar with the Ubongo 3-D, you solve puzzles in two levels with 3-D tiles).

Ok, I think it’s time to round off the interview. So thank you so much for your time. I have not yet tried the Ubongo 3-D version, but Spiel is coming up, so I expect to check it out there 🙂