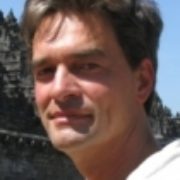 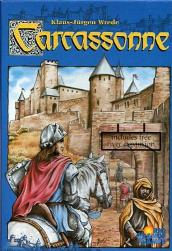 Your most successful game so far is Carcassonne, which apart from numerous expansions has also made it’s way into the digital world. So you think this will be more common in the future? I mean both Carcassonne, Settlers, Ticke to Ride and others have now also been released on digital formats. And how do you think this will benefit the board games?

Yes, I think it will be more common. We can already observe this in the trends, but I also see this as a possibility of testing for publishers in new medias. If it really is so important for the boardgames – I don’t know. It is more a chance for boardgame-players, to train or to play games, if there are no other players. Personally I will always prefer the concrete haptic material and I think, many other players do the same.
So the digitalized versions of games are an addition to the original board game in my opinion.
In this way they will benefit the boardgames and can establish it – also if you use online-platforms with many boardgames to choose (or to test) – like brettspielwelt or others… the player himself could benefit by these possibilities.

I agree. Releasing the board games on other platforms could give the games a new audience and very well help build the recognition of the games for gamers that usually don’t play board games. Apart from that I also believe it’s a smart move by the more established digital game publishers to release board games on a digital platform; it’s so much cheaper than developing and programming a true digital game! And the potential might be very lucrative.
Anyway, could you tell us a bit more on how you came up with the idea for Carcassonne?

So the first station was Beziers, where thousands of inhabitants were slaughtered, then to Narbonne, Carcassonne and many other castles and fortified cities, which all were besieged and surrendered.
Montsegur was the last bastion and the last of many pyres.
So the whole Languedoc (the area in France) is full of these fortified cities and castles. Especially Carcassonne is a very impressive middle-aged city with two rings of fortified walls and a symbol of resistance (it needed a very long time to conquer).
So the idea came on this journey, to develop a game, which imitates the growing of the cities and castles. The game was a little bit more complex in its first versions, but I was interested in making a game with simple rules, but a little strategic touch. So I worked to make it more intuitive and came to the existing form of the game. Then I tuned a little bit with the tiles: the balance of the quantity of city-parts, ways, crossings, so that an interesting gameplay could work. (hope it does 😉 …)

Wow! The Albigensian Crusade was launched by the catholic church against the cathars and is probably the most violent and bloody in European history; an estimated 1 million people killed over 20 years. These crusades also led to the medieval inquisition, which is another dark chapter in European history.
How do you get from that to a nice and peaceful game like Carcassonne?! I guess most people would have come up with a game with a high level of conflict… How do you feel about conflict based games?

I myself like conflict games – especially those with many plastic figures (like the old Shogun from MB or History of the World (AH) – but also the mix of elements and development (civilisation, age of renaissance,…).
I also like games of building without war between the players – this was my aim with Carcassonne. It was not so important for me, how the crusade went on, but I was impressed by the unique landscape of the Languedoc with the fortified cities and castles. So that was the main aspect, to puzzle this landscape and build up together an area for the people.

I guess it was a wiser choice as well, marketwise 🙂 There are more people who enjoy the puzzle aspect than conflict games. Anyway, Carcassonne is one of the most successful games in recent years, and has spawned many expansions, and even some stand alone games (The City, Hunters&Gatherers, The Caste). For some strange reason I have always been more fascinated by H&G than the basic Carcassonne… But do you have ideas for even more expansions? Or could we await a more conflict oriented game from you in the future?

It would become very chaotic , I think, if we make expansions for all possible stand-alone-carcassonnes. The basic (blue) CC is the rather most common game and fits very good for expansions because of the open gameplay. I am always astonished by myself, how it is still possible to vary the system.
The stand-alone-CC-Games are already variations – quasi expansions where you need a little bit modified material. So it is easier to publish them as a complete game, just as it is not really much cheaper than an expansion…
But from the stand-alone-games my other very favorite is CC-The CITY (the wooden box), so I first would think about an expansion for this…
The next CC will be a stand-alone-CC with the theme of settling America from the east coast beginning, with treks going on west. 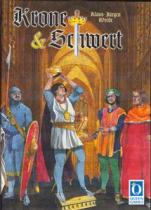 BESIDE CC there will be a new family game of development and upgrading with a little conflict-potential next year, but I mostly like more the aspect of constructive elements than destructive in my own games (exception for instance "Krone und Schwert"…)

Conflict in games does not have to be destructive. Personally I enjoy the "destructive" side of being able to influence either directly or indirectly the other players’ possibilities. I have yet to try "Krone&Schwert", but I bought a copy a couple of years back… But besides your Carcassonne games and expansions you are pretty productive. You are credited with 32 games currently at the BGG, and that since only 2000. Do you have a work ethic when it comes to game developing?

No, I just develop, when I have a new idea. And I need some time beside my normal job. So sometimes the resources are already occupied in my brain – I just need a "free head" for this.
And beside my job I am trying to make another creative project beside job and games, so I just wanted to reduce my game inventing since 2-3 years. But it does not work. I still have ideas and it is too much fun to develop these games further….

I will assume the new CC of settling America is well under way. So you are more or less constantly "working" or thinking on new ideas and concepts.
How do new ideas come to mind? Does it get triggered by a theme or a new dynamic?

Normally I develop the games only from theme. I try to reduce what’s happening in a short form to the game. Sometimes there are additional mechanics, which make the game more interesting. Then I have to integrate them into the theme. But I try so long, until I have a mechanic, which simulates the game most realistic and in an easy way at the same time. For example I had over 200 very different versions of the game "Pompeji" – most too complicated for a fun-family-game, before I decided on the actually released version. 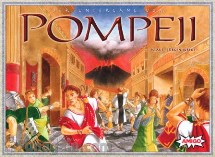 What? 200 different versions of Pompeij! Then you really had to narrow the game down and cutting the dynamics to the bone. On which step did you start focusing? I mean; when did you decide for it to become a family game? I would expect for instance Phalanx to be interested in a more complicated version of the game.

Oh, I never showed anyone the other versions of this game. I already had the aim to make a family game at the beginning of the work – also in the first versions, but it was a more complicated version with building the whole town, with money and with streets, which were divided into paces to run away.
The lava came flowing from the Vesuvius in the north, so always southwards and many other things. I changed all this things step by step towards a simple fun-game.

I did not think you showed them all, no! But there might have been something in one or two of the more advanced versions 🙂 But which of your games was the hardest to get finished, and why?

I think, there are 2 games :
First of these was "MESOPOTAMIEN" – it needed about 3 years to finish. There are many reasons: it is my favorite game of mine from both gameplay and the theme (the original title was "BAAL"). It was also more complex and much longer at the beginning of the development (about 3 hours). But the publishers wanted shorter and less complex games, but liked the game itself. So I worked and made it less complex and much shorter. 2-3 publishers were very interested, but there were always problems, in which we didn’t find a compromise (For example with the theme) – so, fortunately, Phalanx liked the game as it was (with the theme) so we just changed the title. 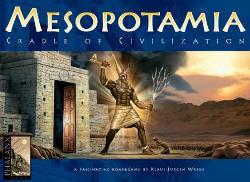 Another one was a 2-player-game, which I myself like also very much. But with 2-player-games the publishers are very careful and so it is still unpublished (fantasy-flight-games planned to publish it, but they cut the small game-line called "silver line" before they could publish it). With this game I also had a very long development with changing theme, optimizing the game more and more over about 2-3 years.

Oh! That’s a long time. Let’s hope we will see the 2-player game released at some point. You seem to spend a lot of time on your projects and start off with pretty advanced ideas. Is this based on the ideas being driven by theme or do you have mechanics you want to try out?

90% of my ideas a driven further by the theme. It is more inspiring for me. I don’t like abstract games very much (mostly). Often board games with a theme are abstract at all. That makes a very "dry" and mathematic game -feeling, that I don’t like.
I am very interested in other cultures, history and themes. Playing games is for me always beaming to another world. If it doesn’t work, the game does not "take" me (I don’t know the right word) – you know what I mean?

I know what you mean – and we use the same term in Norwegian! Phalanx was to release your Westward ho game last year, but that did not materialize. Are you still trying to get it released or do you have any other designs scheduled for 2009?

“Westwärts” will be published in Essen this year by amigo (but with another theme).

Good to hear. Could you tease us with some more info on the game? What the theme might be maybe?
It is not 100% sure yet, so I don’t want to say until it is agreed, but it is also an historic theme in Europe 🙂

And the last couple of questions: Do you have any favorite designers? Are there any you would like to cooperate with?

oh, there are really many i like!
First of all I like Wolfgang Kramer, but also Klaus Teuber – I am just a little sorry, he does not make games beside "Siedler von Catan" anymore. Dr Knizias games I always take a detailed look at and a good part of them I like very much. But there are also promising new authors (like Stefan Feld etc…) Cooperating with me is not easy ;-). So, no, I have not thought about cooperating until you brought me the idea 😉

Thank you so much for your time and answers, Klaus-Jürgen, and we will be looking forward to another of your creations in Essen!

No problem, and have a nice gaming spring.