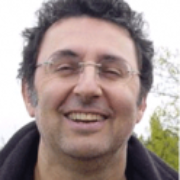 Congratulations on winning the first ever Norwegian board game award for WordXchange in the party game category. Has the game been well received elsewhere?

Yes the game was very well received in other countries. The Quebec Province (our home province in Canada which is francophone) was the first place where we published the game and even before we had copies on the market we submitted the game (which is called AnagramPLUS in French) to the Quebec Consumers Association which publish, once a year, a Toy and Game guide for Quebec consumers called Protégez-vous guide jouets (Protect your self Toy guide).They send all the products they receive to 7 different families (depending of their field of interest) which have to evaluate each product with the help evaluation table. At the end they gave AnagramPLUS the maximum grade 6/6 recommended purchase. This was in September 2000. That grade helped us a lot and we sold out in few months our first production run (4,000 copies).
After that we published the game in English (WordXchange) and we submitted it to different US organisations which also rate toys and games. Every time we submitted the game we won an award.

Wow! That’s quite an impressive list you got there, Michel. What are the plans for the future with the game? And had you published many other games before launching WordXchange?

WordXchange was the first game we launched after working on it for almost 2 years with my initial partner Rodolphe Charpentier which came to me with the basic idea of the game. Then we created Prodijeux (our company name which is a contraction of prodigious games in French), we raised money and went on production.

We launch AnagramPLUS (French version) in 2000 and WordXchange in 2001. In 2000, Rodolphe and I started working on WordXchange Junior with the help of a friend of mine (Monique Houde) which is a second grade teacher in the French immersion program of an English school in Montreal. She helped us with the initial idea of the game and she tested the game in her class. Once we had the final concept of the game, we went on production. Since its introduction in October 2002 WordXchange Junior has won 8 awards.

We have hopefully helped you a bit then, with the Egmont interest for the rest of the Nordic countries
😉 What does Prodijeux have in store for us apart from WordXchange in the future? For us, here in Scandinavia, there seems to be some similarities between you and the company behind Cranium. Any comments on that assumption?

Yes, the award that we won with your organisation helped us to sale the licence to other Scandinavian countries. Next year we would like to introduce WordXchange Junior in your country. It’s also a great game with big educational values. It helps children in the introduction of reading and writing.

Concerning the similarities between Cranium (it’s also their company name) and Prodijeux; we’re two independent and privately own companies with no link to a major company (Hasbro, Mattel) but Cranium is much bigger than us. They have a great marketing department which explain their success (the two founders of Cranium are two marketing guys who use to work for Microsoft) and, today the name of the game is marketing. Their products are not much better from other products from other companies but their marketing is.

There were not too many surprises in the publish plan, but that’s really understandable. Once you establish a product, get as much as possible out of it. But, there was an interesting detail in your answer; TV-show. The normal sequence is the opposite, which also was the case and extremely successful here in Norway, with "Who wants to be a millionaire". How far have you ventured in that direction?

That’s true, usually it’s a TV show that is transformed into a board game. But when we finished developing WordXchange, we realised that the game could make a very good TV show. So far we did not venture much in that area because we were to busy with the establishing of the games in the market, but we want to do it. We only need good contacts in that field because, as you know, contact is everything.

Very interesting prospects, Michel. Thank you so much for your time and frank answers, and simply wish you good luck. Hopefully, we will see it on the screen at some point!

Thank you for the interview, Remo.