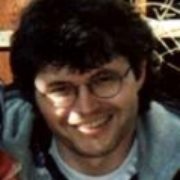 Today we have a little talk with Stefan Brück, head of Alea, possibly the most well renowned game publisher around in later years. With titles like Ra, Tadsch Mahal and Die Fürsten von Florenz you set a new standard for games that really resonated within the gaming world. How did the resurrection of Alea come about?

It was about 1996 that Ravensburger bought the smaller games and puzzles company F.X.Schmid, where I was at that time the responsible person for the entire games range (from kids to adults).

Since it didn´t make sense to have 2 companies doing pretty the same the idea was born very quickly to change F.X.Schmid to something else. There came a lot of suggestions; and one of mine was to transform F.X. into "the high end brand" of Ravensburger, doing so called high sophisticated strategy games for hobby gamers (which had a great hype in these years through Settlers and El Grande). The idea felt on fertile ground but not for the brand F.X.Schmid. So I got the order to create a new brand, to develop the box design and – of course first of all – to find the first 2, 3 games for this brandnew brand… This "starting at zero" was very interesting since we could create actually whatever we wanted. And we did it … ;o)

That must have been a very satisfying situation; starting fresh and with financial support. Where did you start to look for game ideas? And which designers did you make contact? I’m assuming you had a “vision” of what you wanted.

Sure; I wanted to have only the best designers with their best ideas… ;o) No, just kidding. Of course I started right away with the most prolific inventors (like Reiner Knizia or Wolfgang Kramer) to ask them for their new ideas. So for example I flew over to London to visit Reiner (Knizia) for a long weekend – and that´s where I found Ra.
I wanted from the beginning to focus on games which were "something special". The market was very close and tight already at this time since, Kosmos was doing extremely well with Settlers and the same with Hans im Glück with El Grande and Euphrat & Tigris. We had to have a very good first game to show: hey, here we are and we are serious! And I think Ra fulfilled this challenge pretty good …

You definitely found a classic. Ra is still ranked at the 8th spot at BGG, so it really sits well with the true gamers of the world. At what stage was the game when it was presented to you? Just the basic dynamics or fully themed?

Actually it was already fully themed – as Ra, as it later was presented. We just changed some of the rules, some of the way to collect points and alot of the points were adjusted. But nevermore the theme …

As we also talked a bit about with Dirk Henn, there seems to be some debate on the US/Euro theme philosophy, where the critics state European games have a very loose theme…

That´s true. The Americans love much more to see deeply themed games which we don´t care about that much. And actually, I cannot understand that debate that much, since actually I never feel to be somewhere in Puerto Rico, Carcassonne or Caylus while playing a game. It´s always more about fighting against the system and trying to win with the rules I got and not feeling like an medieval trader, an old Roman senator or a star ship trooper! Maybe we European are not romantic enough to need that feeling, don´t know.

As long as the system and the theme fit, I never would complain about any slight convergence…

Personally, I agree with you. But the rare occasion when the two interlock, are satisfying experiences.

We will not have time to go through the whole catalogue, but you were able to follow up the initial success. Maybe especially with Taj Mahal, but on the other hand you have 3 games within the top 10 ranked at BGG. The Alea brand has risen to constitute true quality in both mechanics and components.

Not always but often enough, yes. That´s what it is there for …

Does this also spread to the main market in some way?

No, definitely not. The only game which is pretty successful (low, but constant numbers!) on a wider market as well in Germany is Puerto Rico which seems to have the power to "drag" even less "freaky" players into it …

If not, I guess there is only a matter of time before you feel the need to deliver commercial successes as well.

True. We are still looking for that kind of games which fulfils both: being easy enough for non-gamers, being still attractive enough for gamers… But that´s hard, really hard!

That balance is definitely hard I imagine, but as a gamer I hope (and trust) that the games you publish will rather land on the heavier than lighter side. We need a brand like Alea to show the way!

Sure! But the brand has to survive – and this will be very hard not having always the one (and only) top game a year. And it is illusory to think that we will have it every year… ;o)

Nevertheless, both the games and the brand seem to be spreading around the world, not only the German and English speaking part of the world, but also the Far East. With the steadily shrinking world, and expanding world markets, it all looks promising. Are there new markets awaiting your arrival?

Yes, they do. Especially the new east (Poland, Tschech, Lativa and so on) as well as Japan or Brazil are starting to get more interesting … The next "foreign" publishing will be Puerto Rico for Finland & Sweden…

That the former East European markets are opening up, I have also been told by the Finnish Tactic guys, which have established themselves in the Baltic states and Russia. So hopefully there will be enough new gamers to give you the market you need.

Even with small steps you come to your goal … ;o)

Is it the new publisher Safe Haven that will take care of Finland and Sweden for you?

I think they have also picked up Mykerinos…

But on the other side of this export discussion, have you seen or heard of any new designers/publishers from these new markets that might become interesting, and to what extent do you look for new designers?

hmm, hard to tell. But for instance in Italy and in France there is a lot going on – and I get year for year more prototypes from there – and someday I will get a Caylus from there maybe …;o)

As a representative of a really small market, I would naturally disagree to France and Italy being small,

Italy is def. small; France of course is bigger – but I was talking only of the "gamers games" of course – and not of the Hasbro stuff…

but it is all a matter of perspective I guess 😉 But, exports aside, what are your views on the board game awards popping up these days? It looks like the board game industry is finally copying the music and movie industries with each country having their own awards.

That´s true – and I don´t mind. Some prices are too important (like the German SdJ), some are, unfortunately, not important enough (like the DSP), but I don´t mind about all those prices from Finland, Norway ;o), Japan or where else … Everything like this is good for the gaming scene, for the games, for the companies, for the awareness of games out there within the "normal" people ;o)
So, keep ahead!!

We will absolutely try! There seems to be quite some work for us still ahead. Norwegian media is still not onboard, so we need to lead the way 😉 In difference to Germany, there are still no regular columns on board games in Norway. But, there seems to more willingness to do stories on the board gaming world these days as long as somebody serves them on a plate. For how long has the media backed the industry in Germany,

Don´t know exactly … The reviews in newspapers started around the late 70ies – and then already GotY also started (in 79)… Since 3, 4 years it´s going down again, maybe because of more computer games, internet stuff and so on … (more "hype" stuff …;o)

and in which role are they important? As reviewers, info-spreaders, industry-columnists or what?

Actually I don´t know, bit of course a good review in a "normal" newspaper helps a game to get more interests from people who are not that informed about games normally … if they really read a text, walk to a shop and buy that game, I don´t know how often this really happens … But of course it´s better than not having it!

To get back to Alea and your games, I think the label is unrivalled as a quality publisher so far, and even the new games (Augsburg and Ru(h)m und Ehre) seem to start out good. Currently around the 1100 spot at BGG, but will most likely rise as more gamers get to try them. What do you think of the feedback of those games so far?

hmmm, the feedback to UR&E is very mixed… A lot of people like the game for what it is and what it offers to the players: fun, entertainment, fine 75 minutes of a good time…

But on the other side some dislike it (not to say hate it) for what label it comes from: alea. "This isn´t an alea-game at all!" "We are so disappointed" (it´s not a 2nd Puerto Rico… ;o)
We didn´t expect that harsh critics because of its "roots", since a game is a game is a game … By the way: nobody complaints about T&T from Hans im Glück, but this game is also _far away_ from El Grande or E&T … Don´t understand exactly what the problem is…

About "Augsburg 1520" the reaction are very well so far, but the game has not been out there for a long time, so it will even get better, I suppose … Let´s see, where it "lands" on the DSP…

Ok, Stefan, we have taken up a good chunk of your precious time, so we will just thank you for your straightforwardness and wish you good luck with DSP!