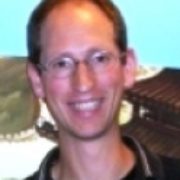 You seem to have come out nowhere and rocketed towards designer stardom over the last year. It must have been an enjoyable period for you, getting games released by both Queen and Alea, lots of recognition and other designers praising your games. How did you get started with gaming and how did you connect with Alea? 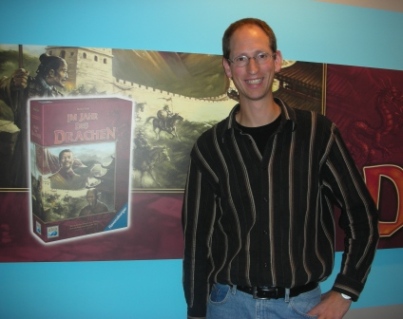 I started my gaming-live about 20 years ago. I played RPGs like “Midgard”, “D&D” and “Rolemaster”. Besides that, we played a lot in the family. One of my favourites was "Heimlich und Co" by Wolfgang Kramer. Some years later I began playing “Magic the gathering”, one of the best games ever. (Now, with family and a serious job, I have no time, so I had to give it up). “Settlers” was another mighty point in the history. We played it again and again. In 1997 I started designing games. Some awful prototypes exist from that time ;o). Year after year I went to the designer-meetings in Göttigen and Haar. There, I got in touch with Stefan (alea) and Bernd (queen). After some tries, “Roma” was published by Queen as my first game, 3 years ago. By that time, Stefan and I had started working on “R(h)um and Pirates”.

So you did your ground work at the conventions before getting a chance at releasing a game 😉 “Roma”, has become my favourite 2-player game as of late, with close to 100 games since May. How did you come up with the dynamic and theme?

I like dice ;o) It’s hard to describe, how a game was developed (above all in English) ;o) ! First there was the idea of a game with dice and cards. The dice give you the possibilities and the cards the actions. After that, it was clear that each dice throw must have a good use. So I introduced the money and the card milling. Afterwards I needed a bit more interaction: so the battle die was born. And so on and so on……
The theme came from Queen. My prototype plays in a fantasy-land, where two realms fight against each other. But the roman theme pleased me immediately, and it’s definitely much better than the old fantasy-stuff.

To be a German designer, admitting to liking dice must be unusual 🙂 But, clever use of dice I certainly condone. And, in “Roma”, you have definitely done a brilliant job. The system of placing cards underneath a disk giving and only being activated through the dice is, to me, a fresh idea. But, what is really intriguing is how the cards interact. All the cards seem to have a counterpart, and with several plays you get to appreciate this. But, there seem to be one card that needs addressing; the Merchant. There must have been a mistake done with that card, or?

Testing is boring ;o) No, in my first deck of cards there was a thief with the following text: "You get all the money from your opponent". So, the Merchant-problem was fixed. After a lot of testing I got the thief out of the deck, because it was a very frustrating card. But, I forgot the anti-merchant-thing of the thief. (But “Roma II” will be coming soon ;o).
But, with the right pressure on your opponent the Merchant is also now not a huge problem.

Hmm… if there isn’t a huge problem with the Merchant as it is now, I still have something to learn 🙂 We became so frustrated with the card that we searched BGG for an answer, and found a solution that we agree fixed the problem, which means limiting the power of the Merchant to only being allowed to buy 3 VPs each round. But, there seems to be learning curve in the game; in the beginning you find some cards that you think are too powerful, then you think the Forums are too powerful, and finally the Merchant. Do you agree? This is the trademark of good games. We are absolutely looking forward to Roma II. What are the major differences?

Yes in deed, the game has a learning curve :o)
The major differences are, that the cards are a little bit higher on the complexity level. In Roma there were the basic cards. Now, with Roma II there are more combos and trickier cards. Besides that, there will be a new disk, but I really can’t say more ;o)

Your latest title “Year of the dragon” was released in Essen, what has the feedback been like so far? How do you feel about the sudden focus on China, with “Chang Cheng” and “Ming Dynasty” also being released in Essen? Have you tried any of them?

The feedback was very great. And I think the game has so many strategy-opportunities, that the gamers have prolonged fun with it.
Like the Vikings last year, the China-themes are now a strange coincidence. I have played Ming, and there are too many levels for my little brain ;o)
Chang Cheng: I have only watched a game of my friends.

You and Stefan Brück seem to have found a good working relationship. In what way has he contributed in the development of the 3 titles released by Alea so far?

Stefan’s influence is big. He has a great experience and knowledge of games. The prototypes from me made a lot of fun, but they had many edges and corners. Stefan says: "There is too much luck" or "That’s too complicated". So I bring a new game mechanic, that fills his suggestions.
And – we are both perfectionists.

Knizia, Kramer and Petersen are wonderful designers and I have much fun playing their (good) games. I don’t think yet much about Co-design, but it is an interesting idea! Perhaps in the coming years ;o)

Thanks so much for your time and answers, Stefan.

Thank you for your work and patience ;o)